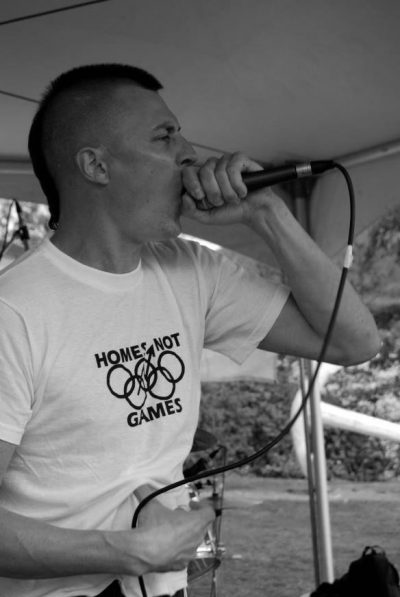 We‘ve just received the shocking news that Todd Serious, lead singer of The Rebel Spell, tragically lost his live on Saturday, march 7th 2015 in a rock climbing accident. Both generations of Fire and Flames have been honoured by working together with Todd and met him as a heartily and upright comrade. All of us were really looking forward to welcome him during The Rebel Spell’s european tour actually planned for next month… Although the punk scene has lost a great and expressive voice Todd will live on in his songs forever. We want to express our deepest sympathy to our comrades of The Rebel Spell, his friends in the Vancouver scene and beyond, his family and everyone else who misses this great guy in these minutes. *Fire and Flames Music