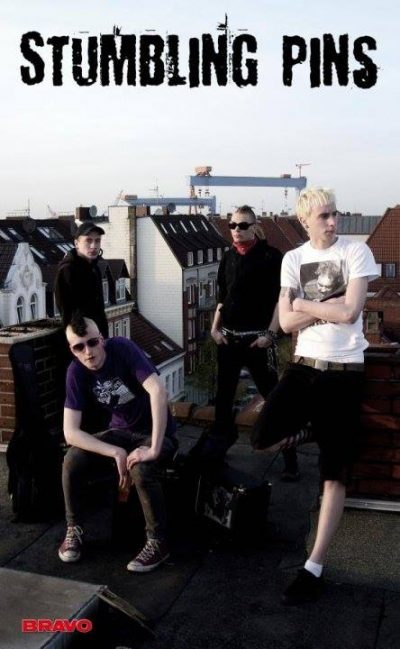 recent times held quite an amount of changes for us which we ought to share with all of you.
Despite our intentions to make an effort properly promoting „Common Angst“ to the extent we think is adequate in relation to the amount of work we invested in making it, despite the shows we already played promoting that record were some of the best we’ve ever played and despite the four of us getting along as good as ever, with great sadness we have to tell you that we’re gonna be calling it quits at the end of this year.

Each one of us has made up his mind during this year about what the future might be holding for this band from their particular perspective and each one of us had come to the conclusion that the option of calling it quits is a possibility of dealing with the variety of changes in our lifes that have emerged in 2017. Some of us plan to invest their time and effort in new musical endeavors, some of us will continue their other musical projects, so you’ll most likely see a Pin here and there on some kind of stage.

At this point we wanna say a big thank you to all the people who supported, accompanied and helped us in our seven year history. Thank you to all the concert groups, promoters and bookers for hooking us up with shows/ feeding us/ giving us a place to crash and first and foremost putting us up on the „musical map“. Without you we would have never been able of getting to know so many awesome people and seeing beautiful (and sometimes scary) new places as well as getting our music out there in the first place.
Speaking of which, a big thank you goes out to our friends and comrades of Fire and Flames, Plastic Bomb and Pest & Cholera Records. We deeply value your everlasting trust and support.
Thank you to Sasse, Sebastian Weimar, Andre, Finn, Linda, Simon, Malin, Anica, Chris Kross for your photographic and design work and Svetlana Grigorieva, without you the last year wouldn’t have been the same, visually and with you as a person.
„Mad luuuv“ goes out to Steffan, Simon, Nico, Niklas and Casi as well as Dicki, Bocky, Hinnerk, Laura, Flicke, Role&Henner, Kay, Olli and Tobi for the time and energy you invested in this band.
The kindest regards a so called punk can bear go out The Detectors, The Riot Gang, Power, Plastic Propaganda, Presslufthanna, Any Port In The Storm, Diarrhea Disco, The One (we still have tons of our stickers left!), The Pinpricks, We Will Fly, The Uprising, Chuck Bass, Rich Kids Dressed Up, Dremufuestias, Mind The Gap and Black Mosquito.

We don’t want these 7 years to end in silence so we are celebrating our „Budenfarewell“ in Die Schaubude on the 27th of September. Our final show/farewell party will be taking place on 16th of December at the infamous Alte Meierei in Kiel. Also we have put together a little farewell tour.
Despite this is a goodbye for good (i.e. for better or for worse) we are really looking forward to see as many old (and maybe even new) faces as possible on these shows.

From Pins with love,