In cooperation with Rusty Knife Records we have re-released two LES PARTISANS singles! 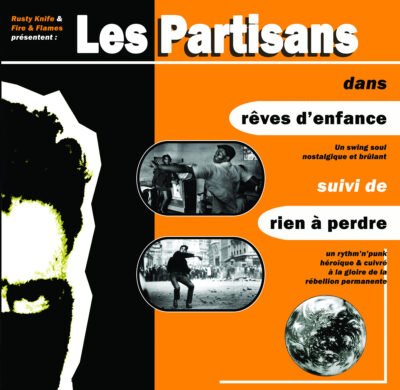 Rêves d’enfance is the remastered reissue of the fourth LES PARTISANS single from 1999, which belongs to the late work of the gifted Lyon Red Rockers. The title track on the A-side is a nostalgic and fiery swing soul number. The B-side features the heroic rythm’n’punk fanfare “Rien à perdre” in honor of the permanent rebellion.

Les lendemains qui dansent was the third EP. Originally released in 1998, the band expanded their classic French streetpunk of the early days with elements of soul, reggae and rockabilly on this 7″ for the first time. Both tracks were remastered and the cover artwork revised.