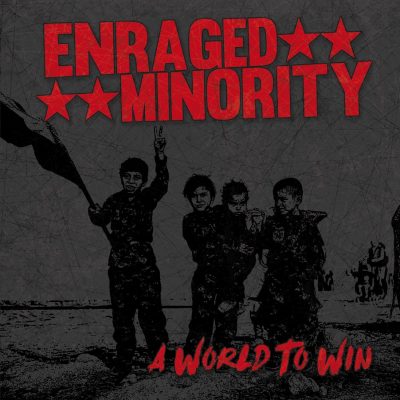 This is Classwar Rock’n’Roll! New meanwhile third full-length album of ENRAGED MINORITY, classwar-streetpunk from Freiburg giving hope and promoting solidarity against the capitalist reality of war, fascist threat and exploitation. Antifa-Streetpunk the way it should be: a powerful mix of classic Oi, Punkrock and Hardcore with some ska and rock‘n’roll influences with lyrics for the struggle as well as for long nights in the bar. Red vinyl limited to 161 copies only available from the releasing labels and the band.

A common release of Fire and Flames Music and Casual Records.